It happened yesterday.  The two words that begin a new season here in the south…”tornado warning.”

I still think I like earthquakes better because they’re over and done before you know what happened.  What gets to me about tornadoes is the anticipation of their arrival and constantly straining to hear the alarm from the local fire station.

But I must admit, the dramatic show in the atmosphere is truly incredible.  Being in a household of photographers, these warnings really mean, “quick, grab the cameras and head outside!” 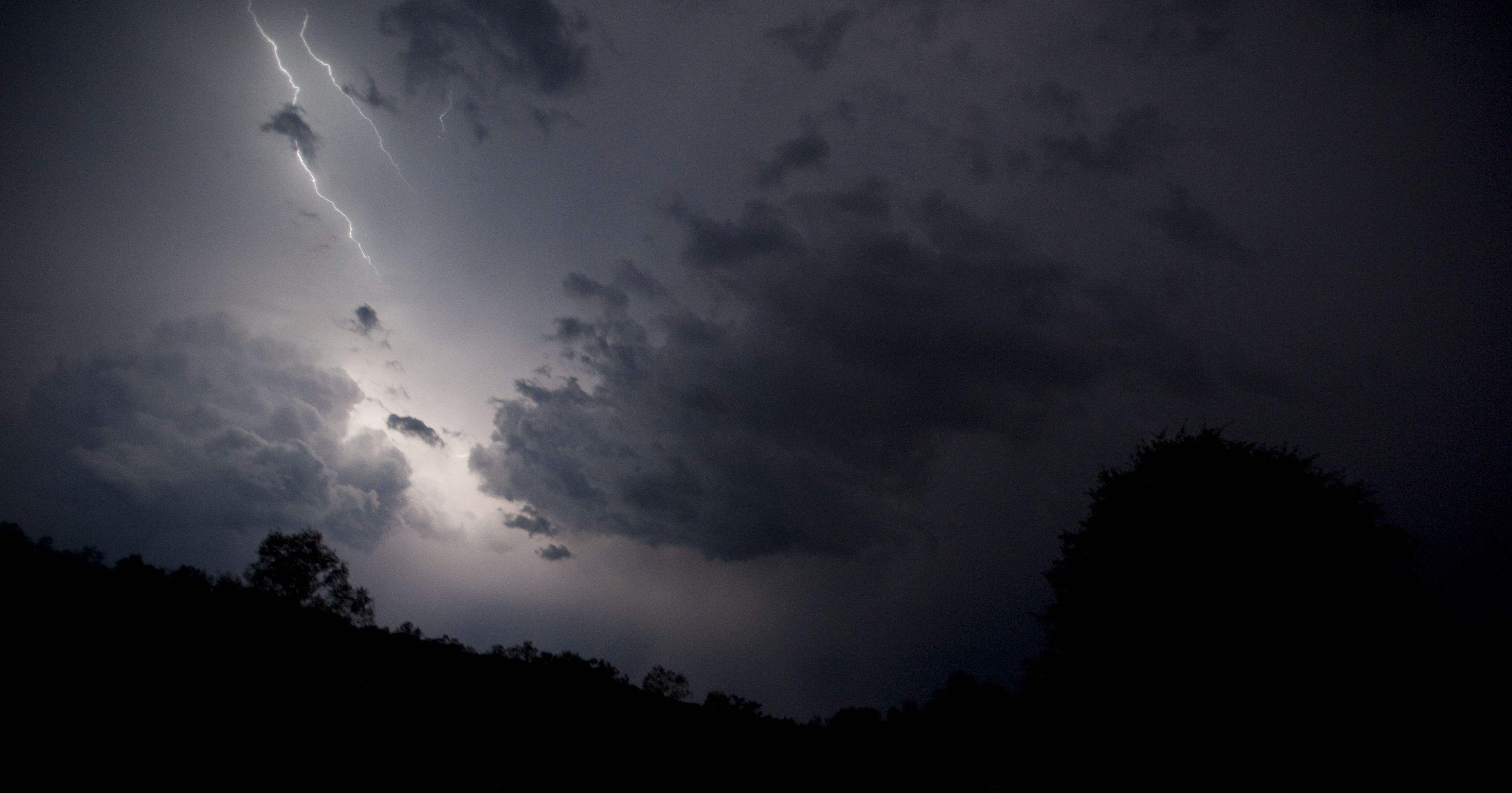 The greatest challenge is to capture the lightning as it shoots from cloud to cloud, igniting the night sky with brilliant light.

Of course, the dogs are not as enthusiastic about these storms as the rest of the family.  In fact, they become rather neurotic during this time of the year.  Any thunder clap and they’re clawing at the doors to come inside.

Yesterday’s skies were beautiful in an eery, ominous sort of way.  Lolo was very disappointed because there was no storm, just a lot of show.

What I love is the calm after the storms at night.  This photo shows both in one shot- the sky and stars were lit by the lightening from the clouds to the left…

it’s beautiful and opposing and expansive and awe inspiring.

Yesterday, even the cats waited around watching to see what would happen…

But the tornado warning came and went without all the drama….

except for the looming clouds overhead.

And now, we officially head into tornado season, watching the skies, listening intently to the radio, looking at the radar, and at times, heading to the basement where we’re underground…

Unless of course we decide to chance it and run outside with the camera.

Thanks, Dave, for these incredible pictures!