Maggie delivered 2 beautiful kids yesterday afternoon….finally!  Their arrival had been long awaited.  Maggie is doing well although her one back leg is still bothering her and she isn’t able to stand up by herself –  we help her up so the babies can nurse.

I thought I’d share some of the photos that Dave took yesterday during the birth.  Beware, there is blood and slime associated with a birth and they were not cropped from the photos – it’s the real deal.

Our first clue that the baby is on it’s way is the string of mucus which hangs down out of the doe’s backside.

Next comes the sac.  Maggie’s first baby presented breech with the legs tucked under the tummy.  That’s the little tail showing in this photo – not an ear, like I thought.

Also, the 2 sacs showing here let us know there were twins coming. 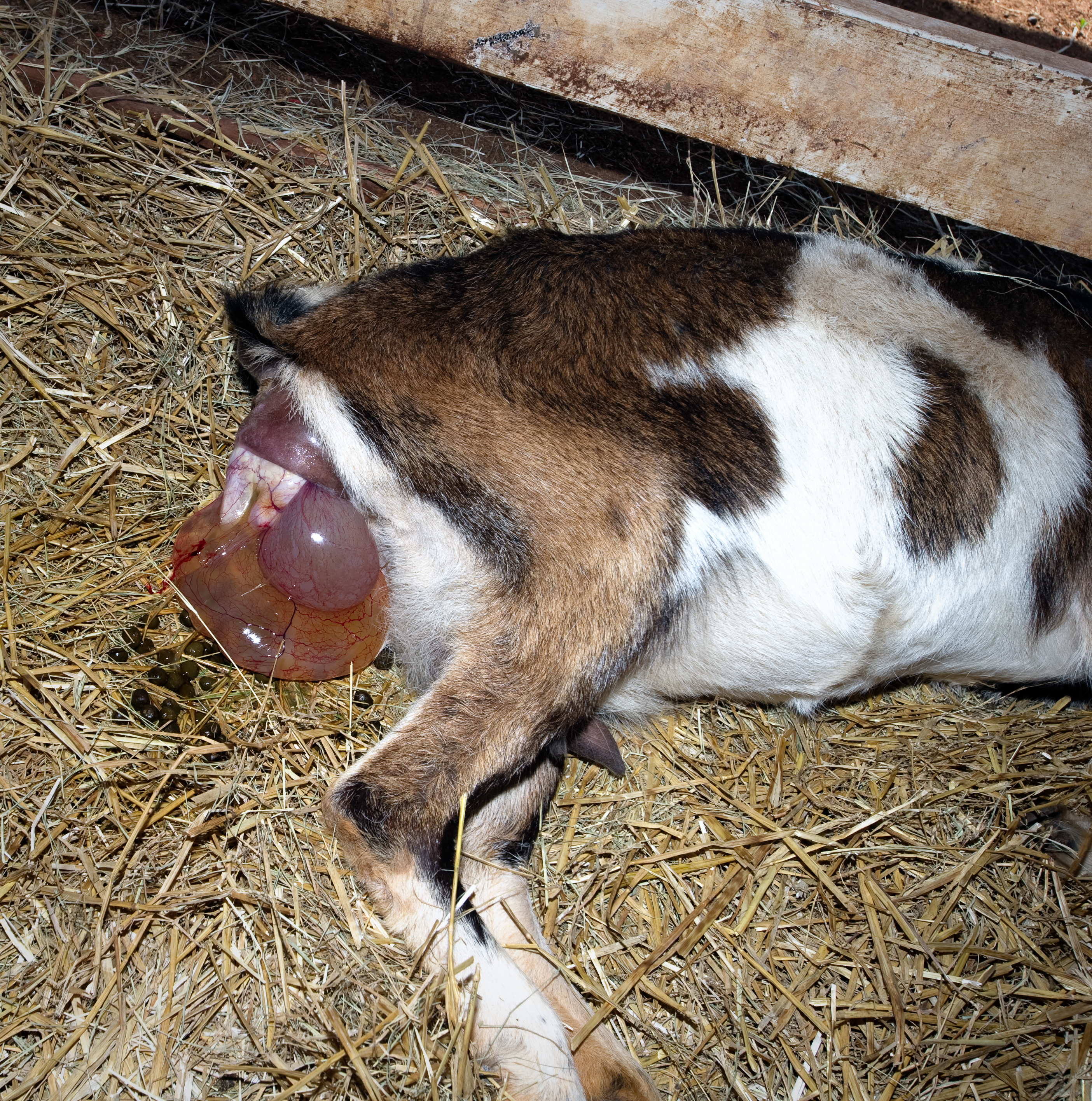 Toto, our veteran midwife, had to reach in and grab the legs to get them to come out first. 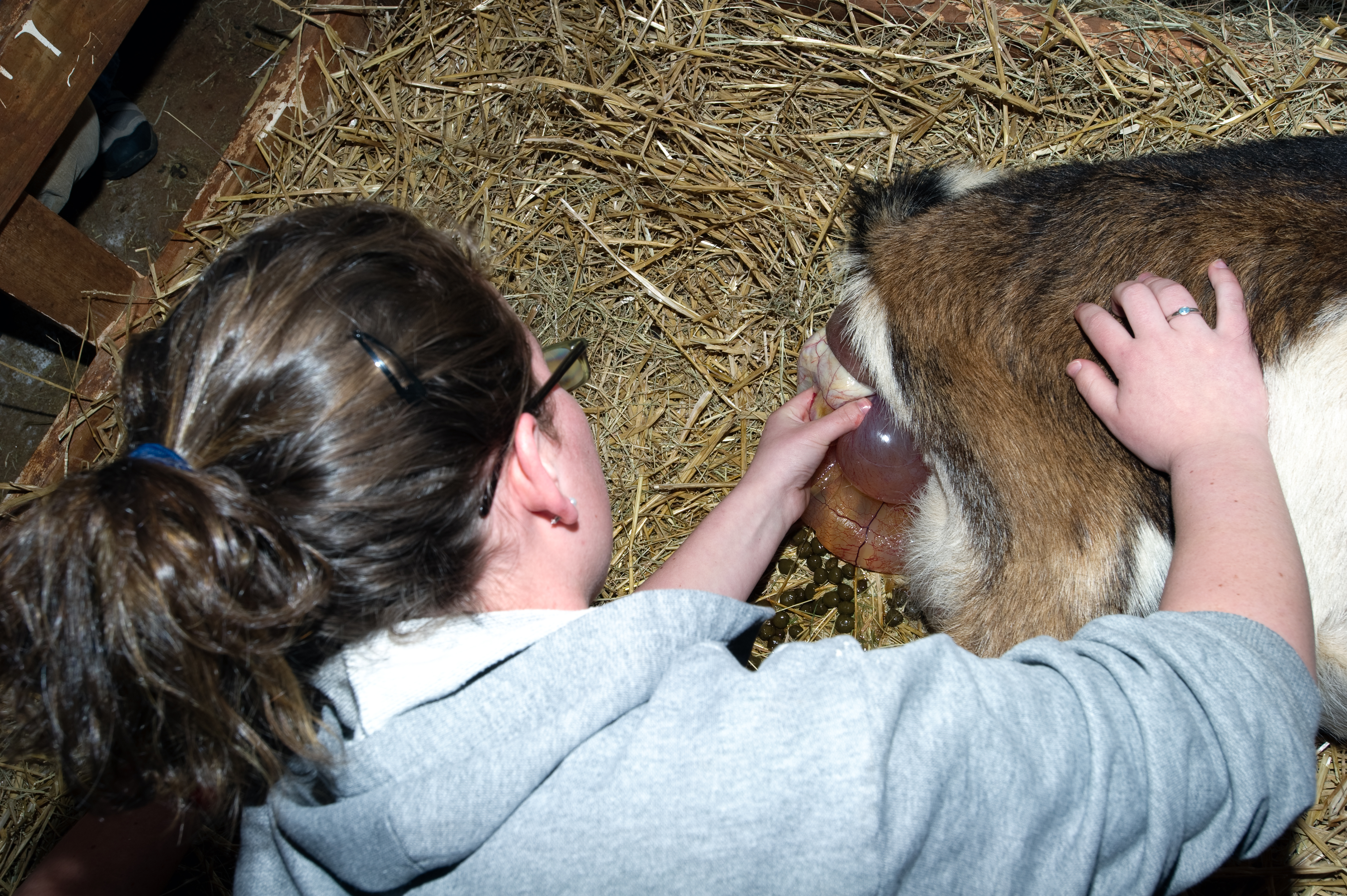 Once the legs were out, Toto continued to help, gently pulling downward with each contraction. 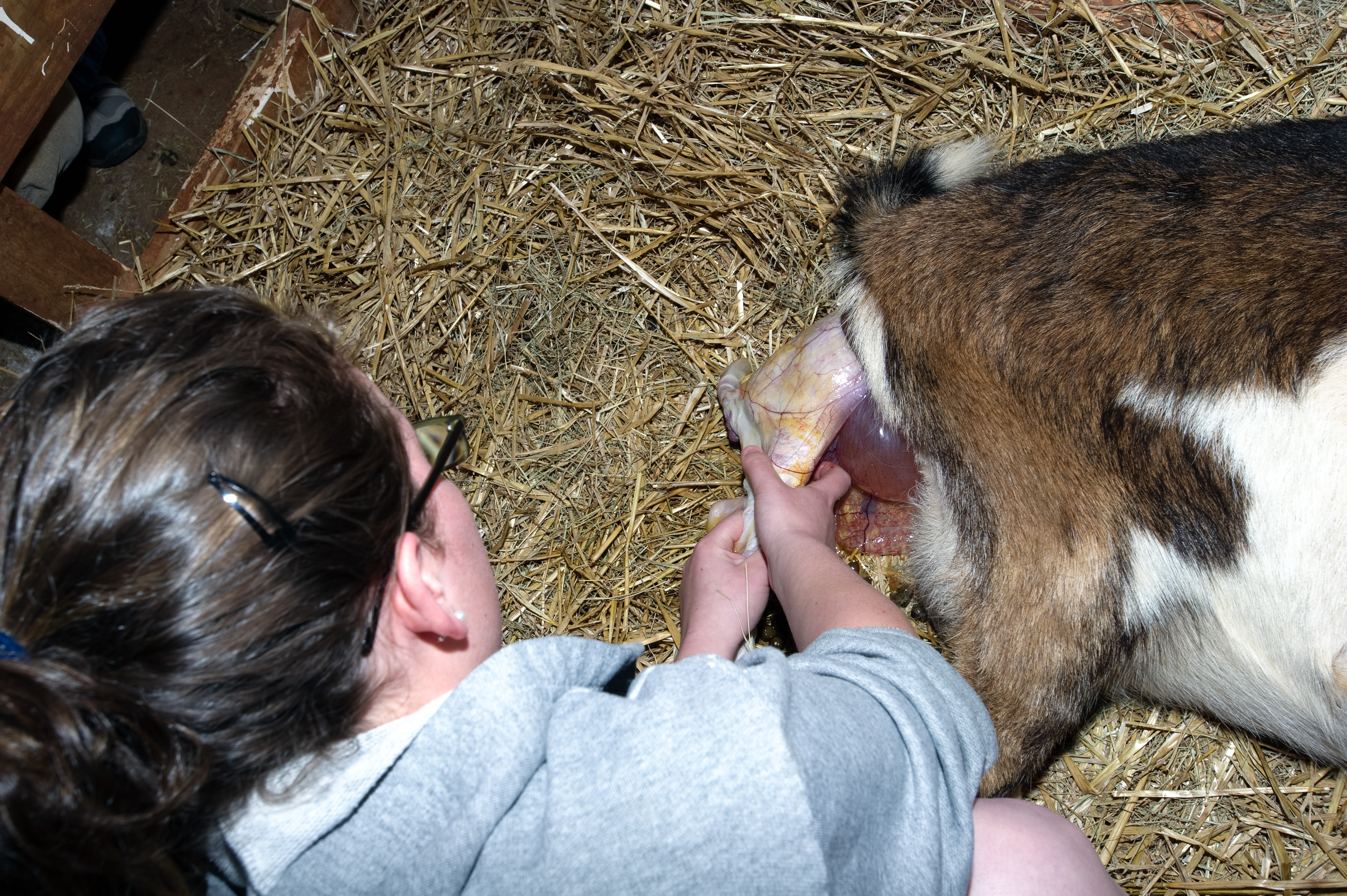 It’s important to remove the sac off of the face so the baby can start to breathe. 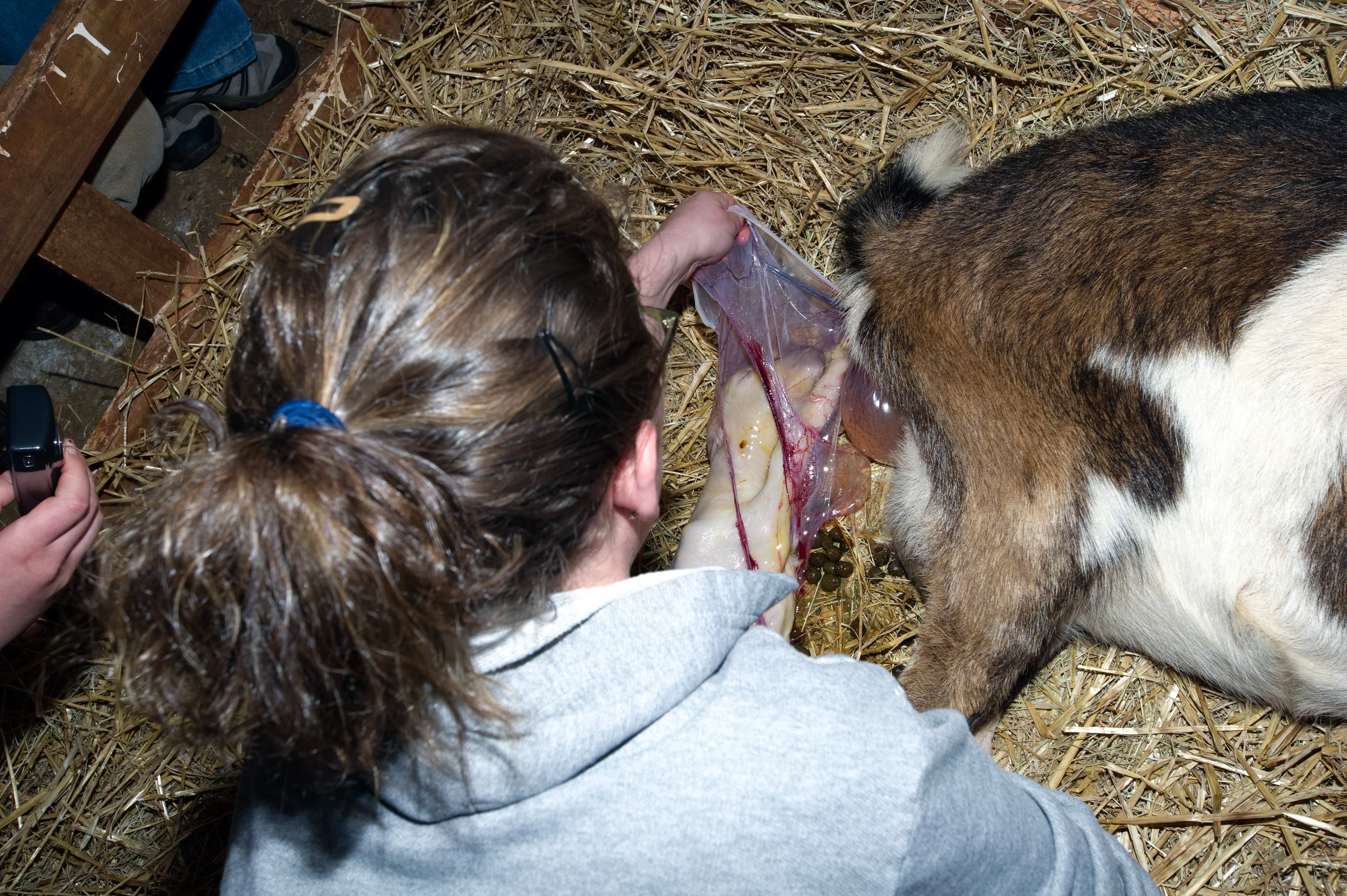 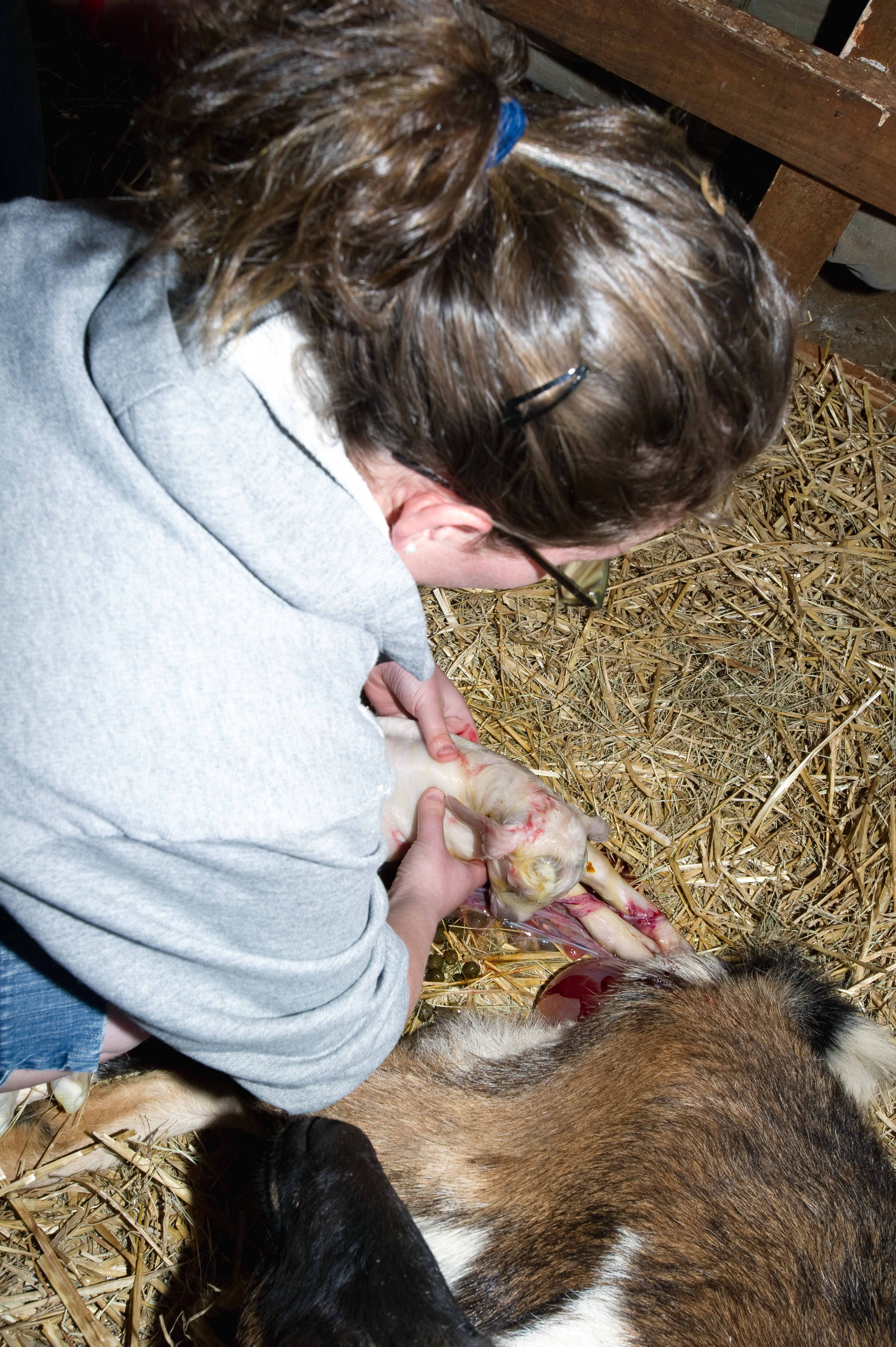 The baby is moved to Maggie’s head so she can start cleaning her off, identifying her baby and establishing that bond. 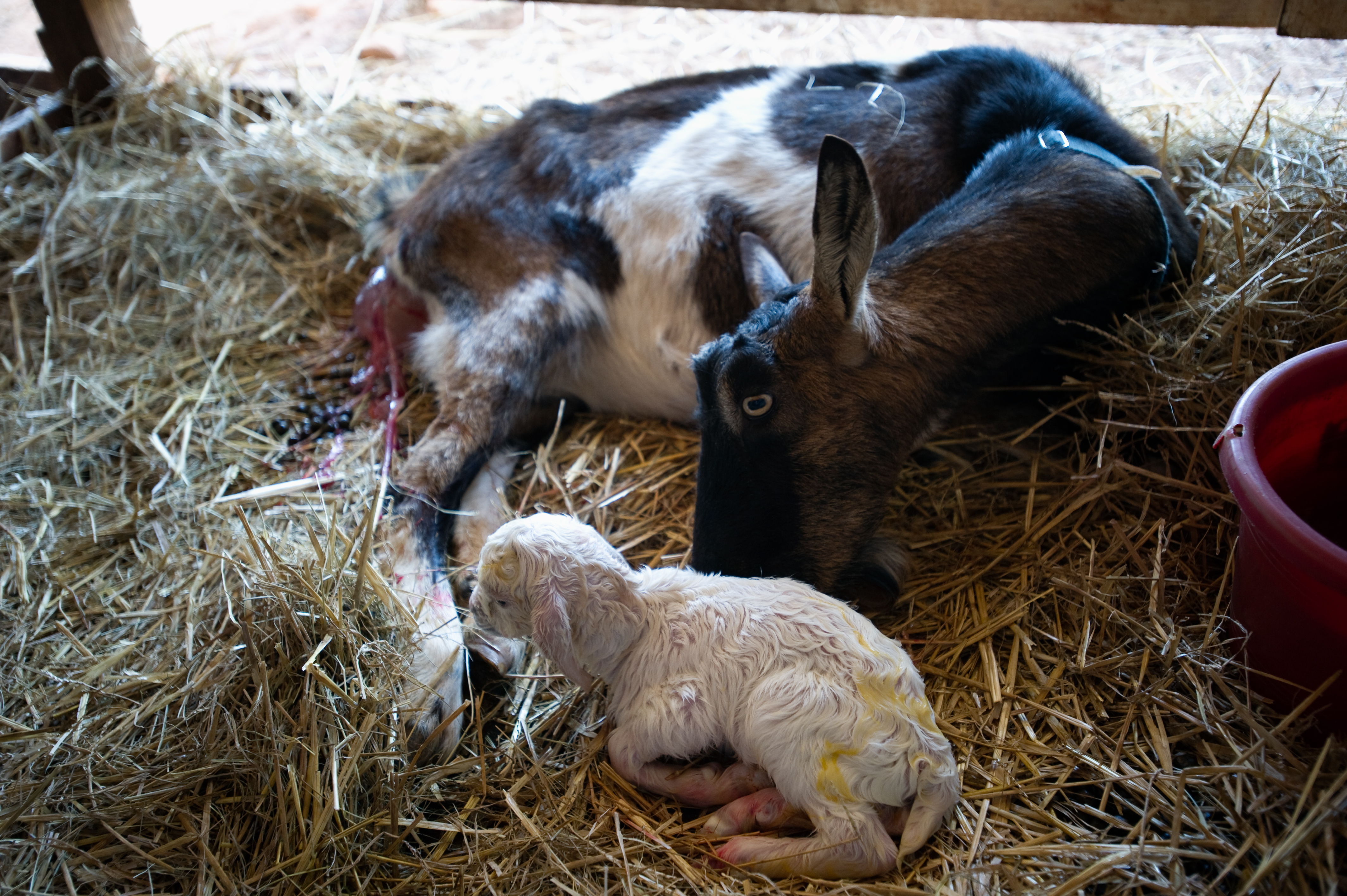 Welcome to the world, little one… 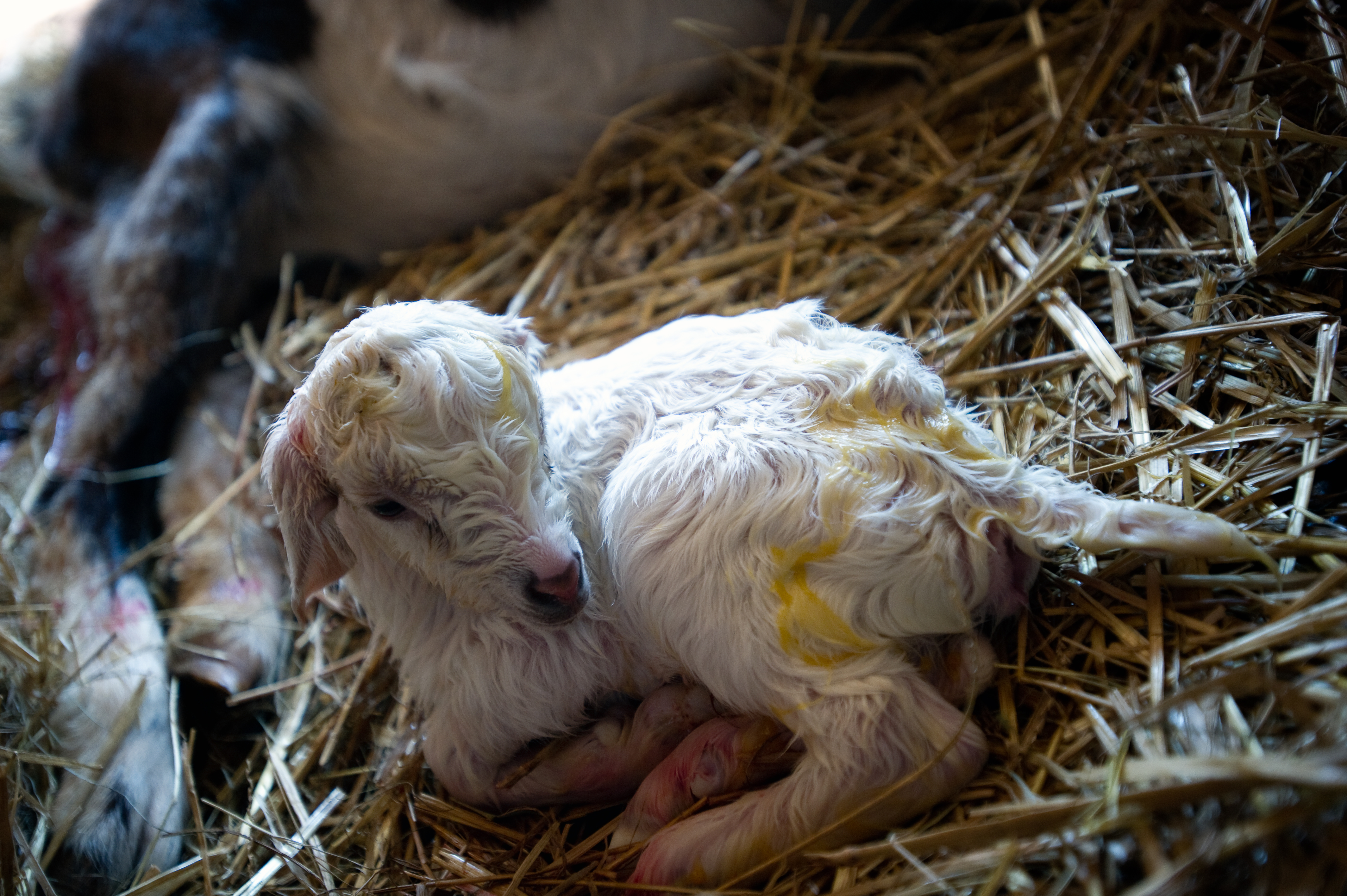 The licking is so important, it also gets the baby’s circulation going.  Maggie will continue to clean her off even when the contractions start for the second kid. 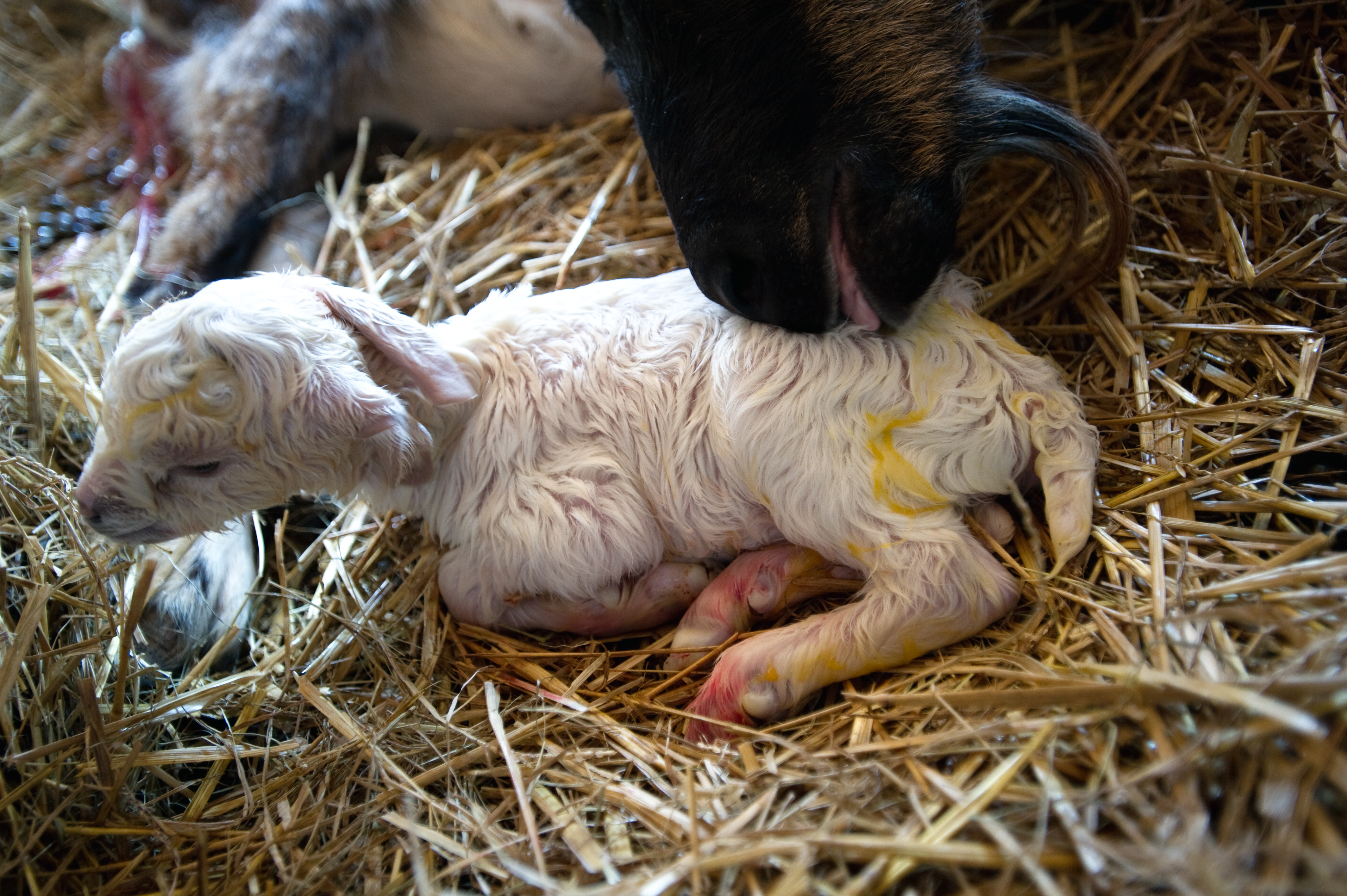 Big yawn from Maggie as baby 2 presents himself, this time in the correct position- 2 hooves and a nose. 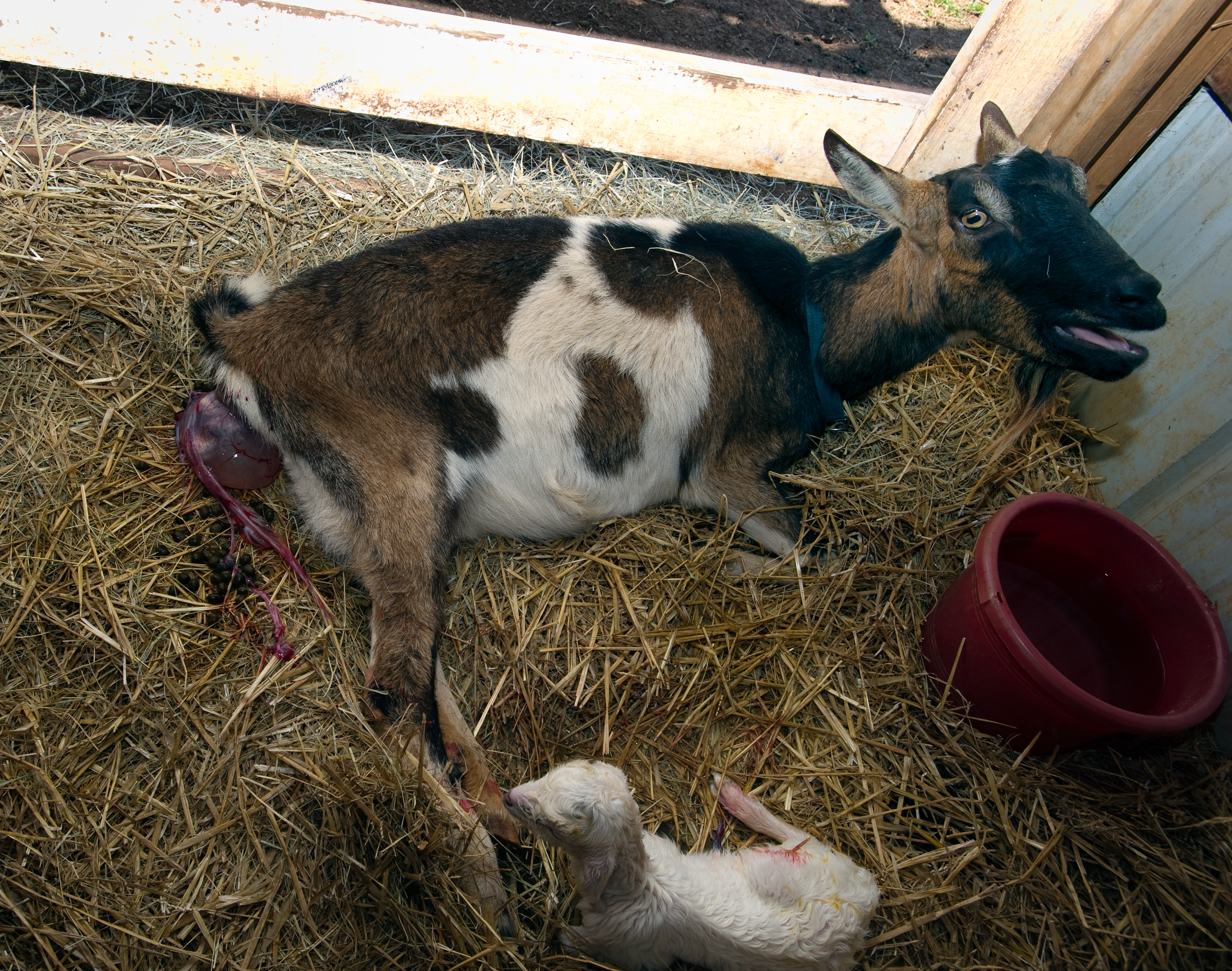 Because Maggie’s labor had been so long, MaeMae offered some assistance with the second baby.

She’s the mid-wife in training this year since Toto is graduating from high school. 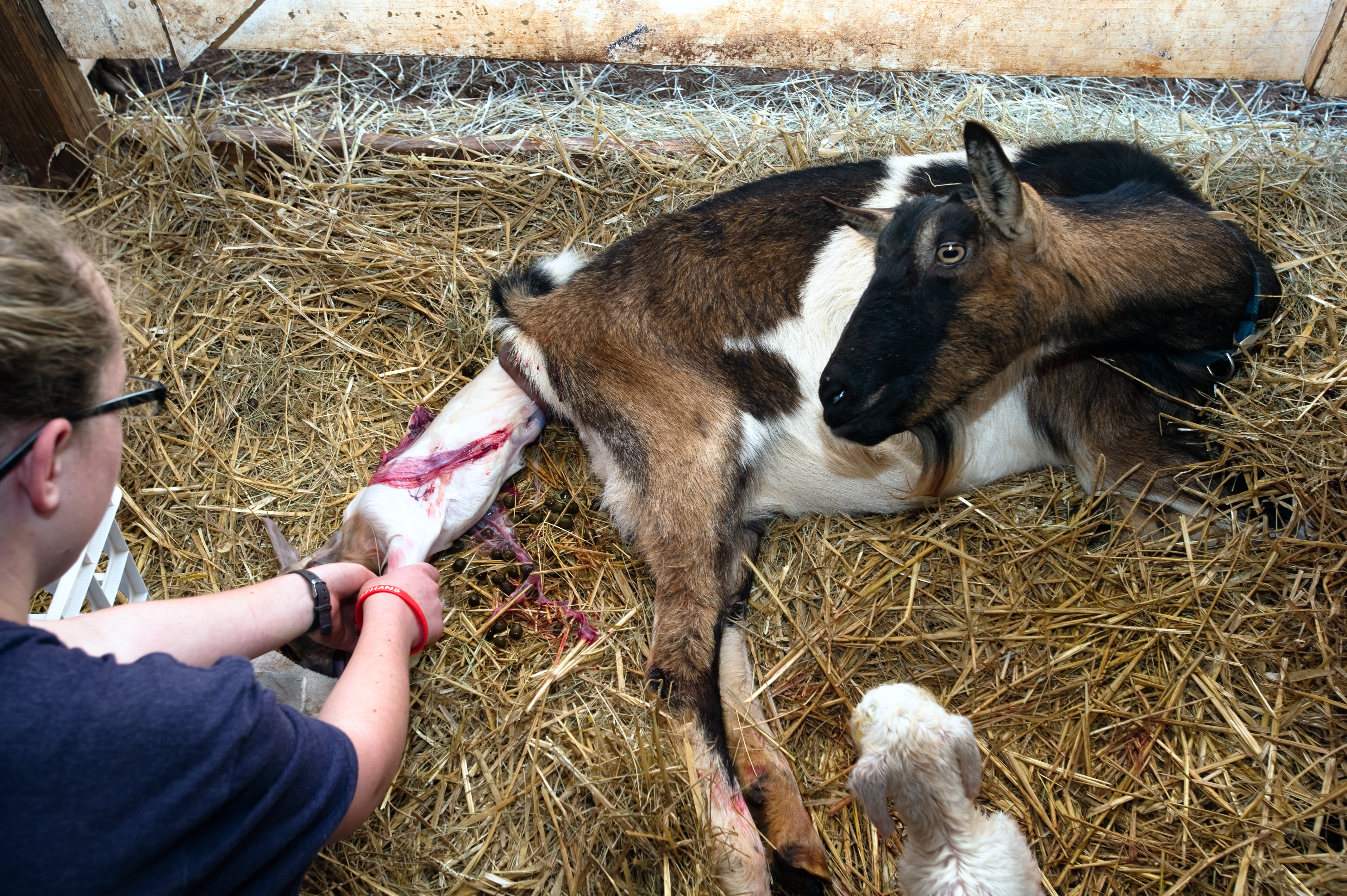 It’s a boy!  A little bit bigger than his sister – usually the bigger one gets into the birth canal first. 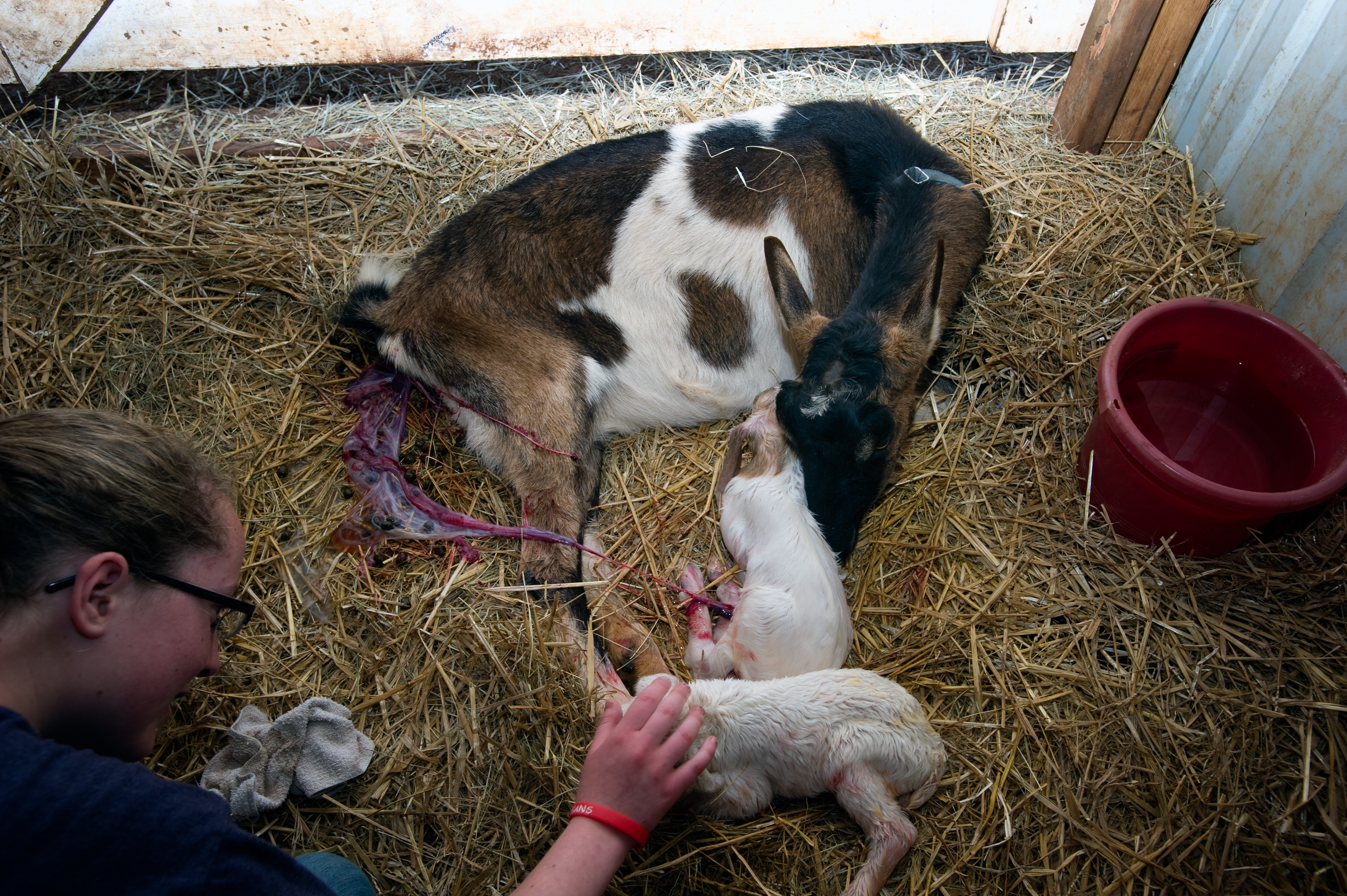 We’d been mentored to offer a big bowl of warm molasses water to the doe after delivery.  They love it and drink it all!  It’s supposed to help with milk production and energy – it’s full of iron.  We also feed them raisins for the same reasons. 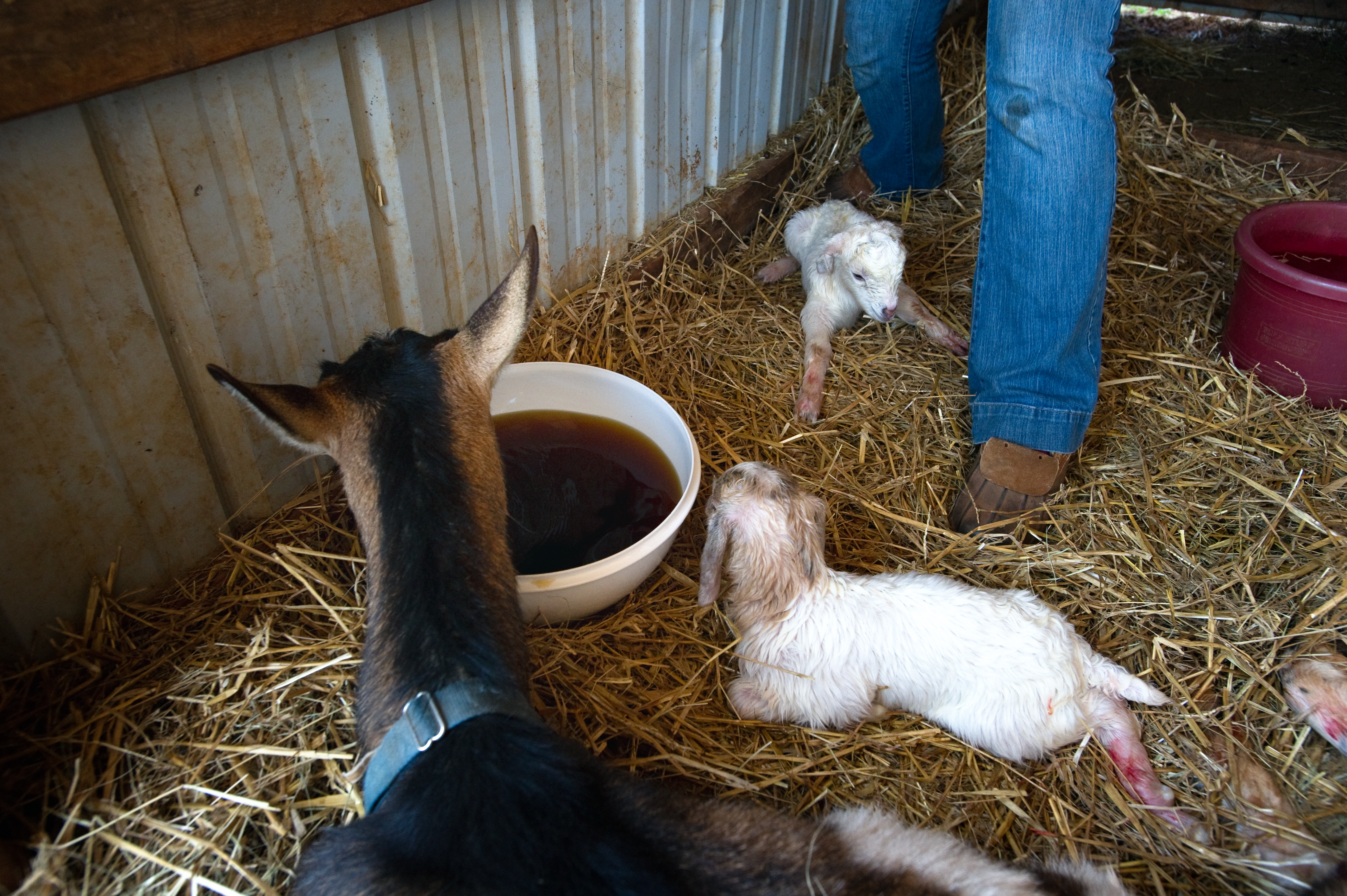 Our friend came over with his daughter – her first time seeing such a baby goat.  I love the look on her face! 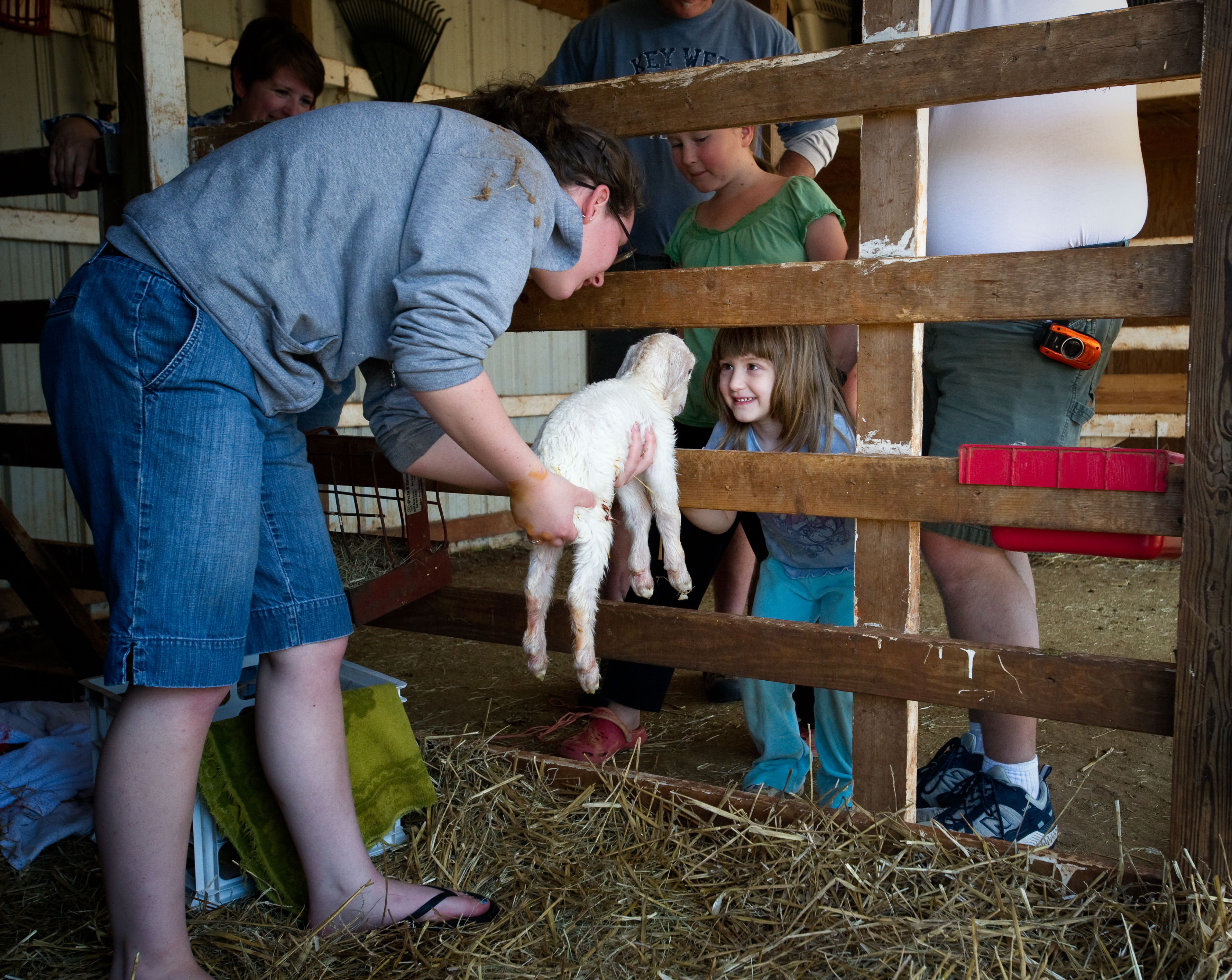 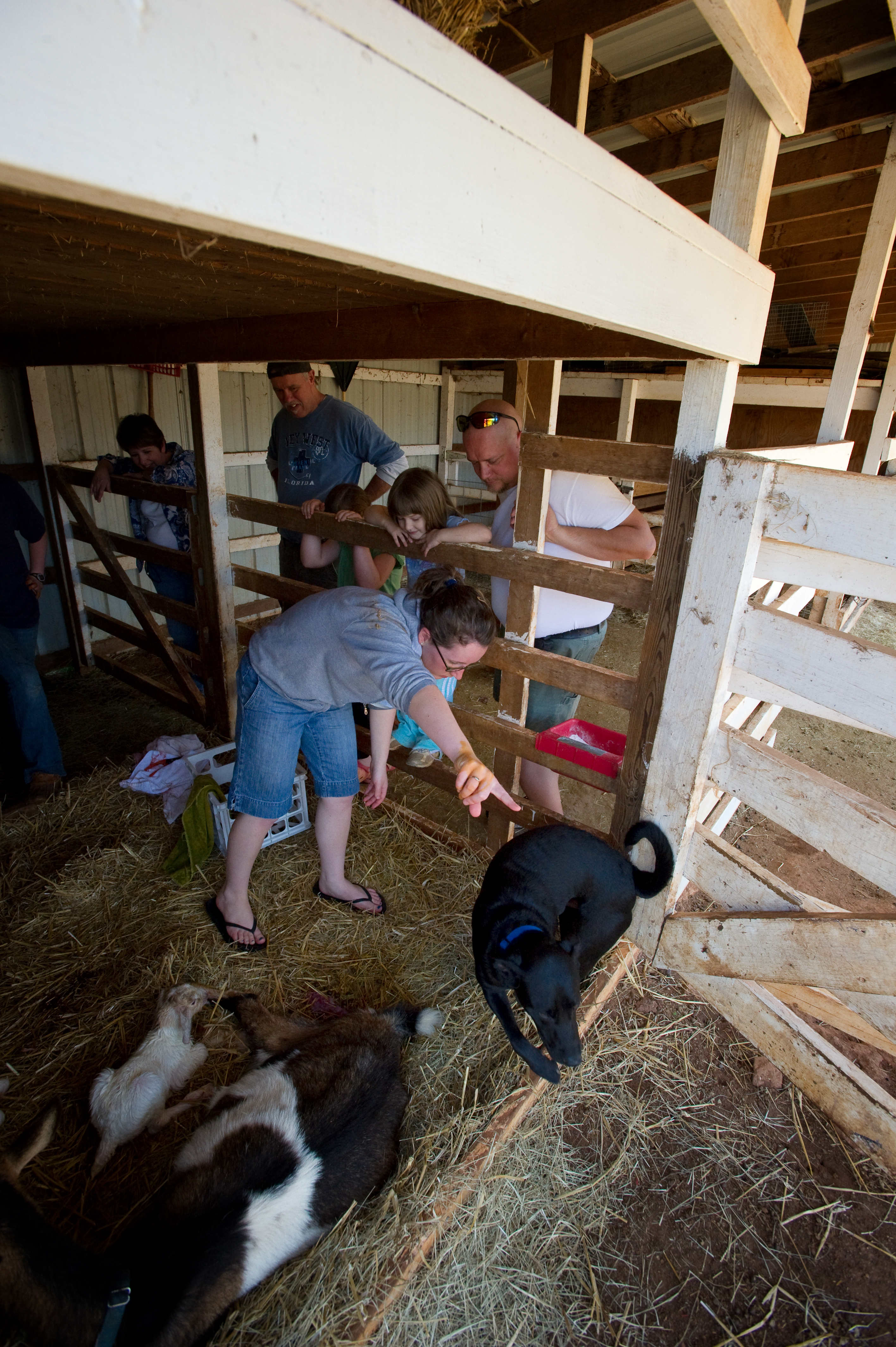 Look at his eyes!  He’s not quite sure what to make of these new creatures. 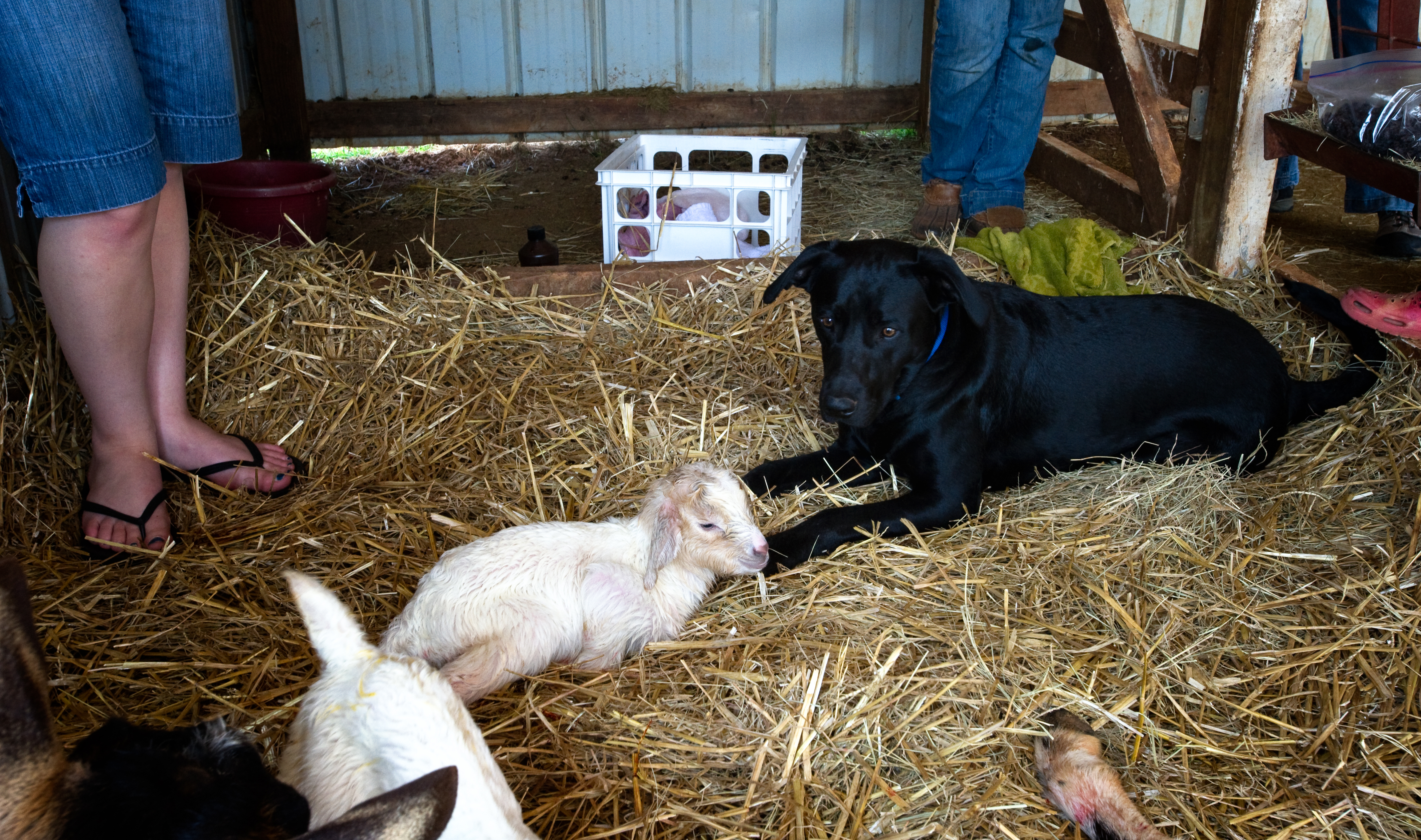 All are doing well and the babies latched on to the teat right away.  Their names? 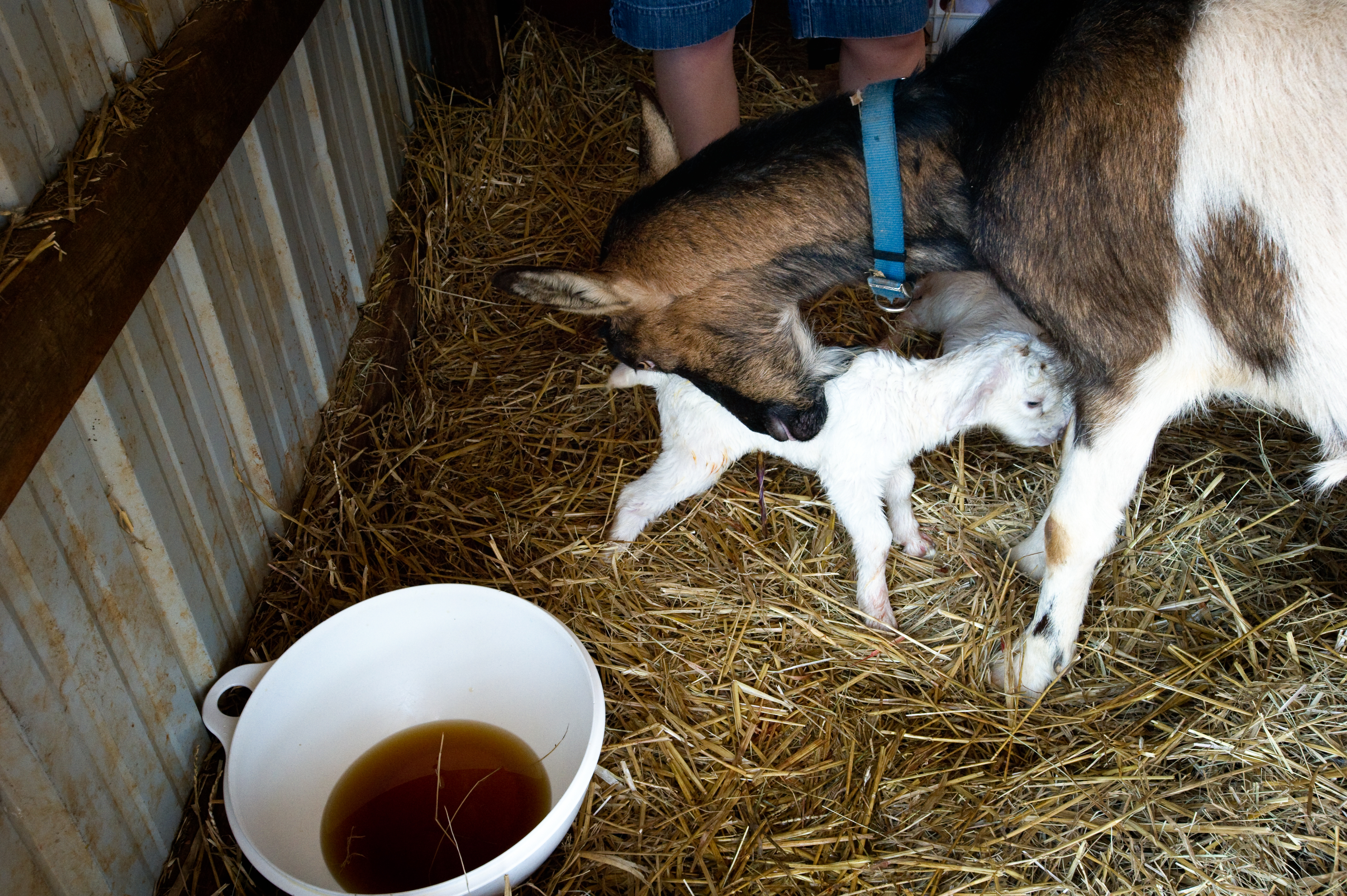